Kilbonane National School was established in its present location in 1941. This photo was taken circa 1986-87.

In 2008-2009 the school underwent a major refurbishment. Four new mainstream classrooms were built to accommodate the ever-increasing student numbers. Each classroom is state-of-the-art, with interactive whiteboard and projector, wifi and iPad access.

In addition, an Aistear room was created as well as three rooms dedicated to Special Education.

The original two classrooms from 1941 were converted into a school hall. This hall was completed in 2010.

Model of the Original School

Here we can see a beautiful model of the original school building from 1941.

It was constructed by Eoin O’Mahony, past pupil.

It can currently be seen just inside the front door. 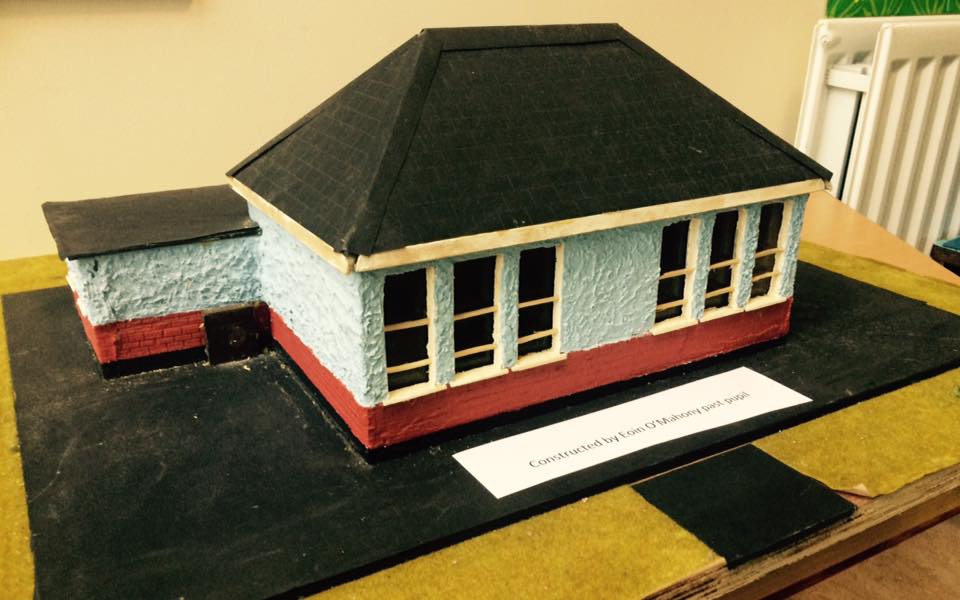 The school recently celebrated 75 years since moving to its current location.

To mark the occasion, a school mass was celebrated in the hall (original school building).

A large number of people were in attendance – including parents, former staff, local friends and neighbours and several past pupils – including a few who were enrolled here in 1941!

The original roll books were available for viewing and our secretary, Mary Shine, was happy to show everyone around on the day. 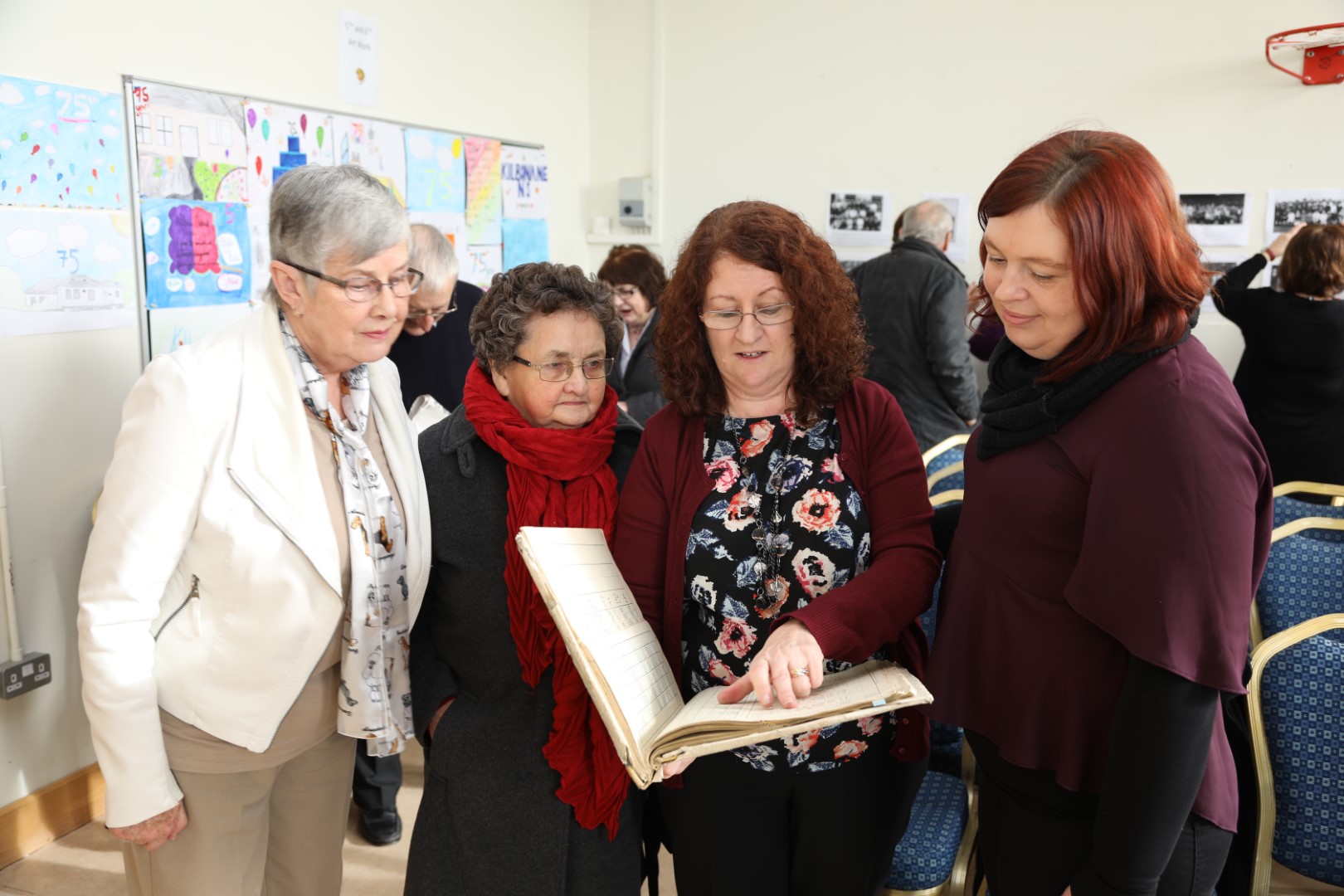